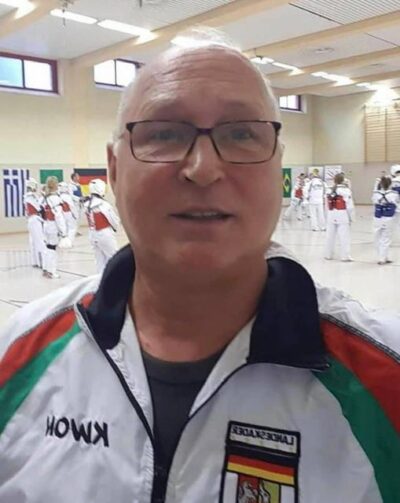 Trainer of the Military World Championships (Jeannette
Müller-Vogels) and many youngsters, national and
international champions

On NWTU board since 1985 in various positions

2006 to Present Serves as Educational Officer of the
North Rhine-Westphalian Taekwondo Union e.V.

HONORS OUTSIDE OF TAEKWONDO
FOR VOLUNTEER WORK