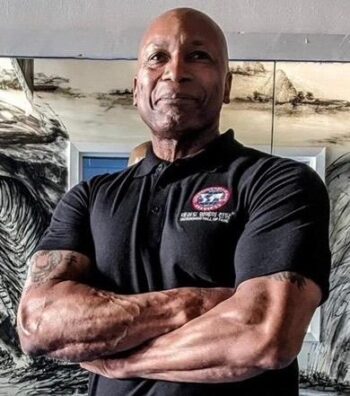 The streets were mean and tough in Connecticut where he grew up and this led to GM Wesley Jenkins thinking about the martial arts as a viable means of self defense.He started training in earnest in 1968 and when he saw the physical benefits after a few months, gained a comfortable sense of confidence in himself to be able to protect himself. He joined the US Army in 1976 and was eventually stationed in West Germany. While there, he taught Tang Soo Do to service members and participated in competition events and demonstrations both and off base.After his active duty he resumed his training with GM Robert Beaudoin.In 1994, he and his family moved to Waldorf Maryland and begin studying under GM Myung Seok Seo. In 1998, he opened Tiger DoJang, and today, continues to teach the traditional values of classical martial art training for a techno world