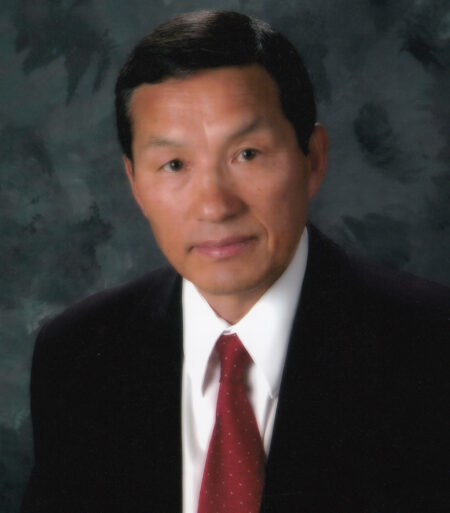 GM Soo Kon Kim was born in Ko Chang, Chulla Buk Do (South Korea) and began martial arts training at age ten under his uncle when Taekwondo was called Kong Soo Do. He was the Chung Nam Regional Champion in 1965,’66,,’67 and ’68 and Korean National Champion in 1967, ’72, and ’73. Shortly after arriving the the U.S.A. he won the Grand Championship at the 1974 Westchester New York Championship and became the Super Grand Champion at Paik’s Madison Wisconsin Open Taekwondo/Karate/Kung Fu Expo in 1976. He founded the American Martial Arts Association and is currently the president of the U.S. Taekwondo Grandmaster.s Society. On August 25, 2011 GM Soo Kon Kim was inducted into the OFFICIAL TAEKWONDO HALL OF FAME® in an historic ceremony held at KUKKIWON World Taekwondo Headquarters. He currently operates a school in Peoria, Illinois.