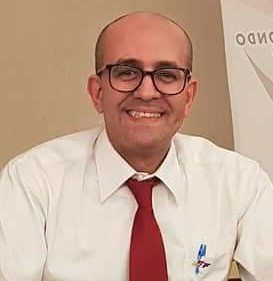 Personal profile
Expert in the field of poomsae / freestyle and para poomsae for many years and a lot of experience in preparing, organizing and executing activities and also possesses coordinating capacity, accurate, result-oriented, customer-service-oriented, planner-organizational qualities and excellent communication and social skills. I enjoy helping people and can passionately inspire them to achieve their goals.

Athletic achievements
Participated in Kyorugi and Poomsae at national and international tournaments worldwide, and was a member of Kyorugi Dutch team for about 10 years, and also received the best athlete cup a few times .. the training was 17 hours a week in addition to my studies… and I had been national coach for the Dutch federation.
• participated in 1988 Olympics in Korea.
• participated multiple times in World games, World championship, European championship and also some inter against country such as NED-KOR and NED-BEL and NED-AUS….
• multiple national champion.
• medalist at international championship, such as Dutch open, German open, French open, Danish open, UK open, Austria open and other open championship …

Objectives and Goals:
I learnt how to live better, how to do things better and how to improve myself. I learnt about discipline, respect, organization and helping others. Also learn how to live peacefully and to cooperate with others. I do believe these qualities that I learned from taekwondo make me a better person; the person who I am today. Moreover, I have a strategy in my life.
Special thanks: Herewith I first would like to thank my family for the support and love they gave me through all these years. Further, I want to thank all the club assistants / members / parents. Also special thanks to all my taekwondo friend / colleagues in Netherland and all of the World.