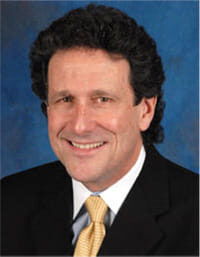 Joe Corley is an American karate and kickboxing competitor, instructor, broadcaster and promoter who helped achieve the success of the Professional Karate Association and the early establishment of professional kickboxing in the United States.

Joe Corley began studying Tang Soo Do at age 16. At 19 he earned his black belt and opened his first martial arts studio.[ He won the National Karate Grand Championship in 1979, 1981, 1982; the Southeast Grand Championship in 1977; and the Southern US Open in 1987 and 1982. Corley opened Atlanta’s first karate studio in 1987 and founded Joe Corley’s American Karate System in 1992.

In 1977 the first televised Full Contact Karate matches of the PKA made its way onto television. The involvement of Joe Corley and Jerry Piddington with the PKA to organize and promote the sport of Full Contact Karate were covered by Sports Illustrated. In 1979 Mr. Corley became a partner in the Professional Karate Association (PKA), which was a martial arts organization instrumental in establishing professional kickboxing as a sport in the United States. Corley also became a commentator for American Karate on national television, along with Chuck Norris and Pat Morita, appearing on NBC, CBS, ESPN, Showtime, USA Network, SportsChannel America, Prime Network and Fox Sports South. With Chris McLoughlin, Corley founded the annual Battle of Atlanta karate event in 1980.

In February 1990, Corley was featured in a Black Belt Magazine article. Joe Corley was named Man of the Decade by Official Karate magazine and was inducted into the Black Belt Magazine Hall of Fame as Man of the Year in 1998. He appeared in the documentary films Modern Warriors (2002) and Mystic Origins of the Martial Arts (1998). He also appeared in the Joe Lewis film Force Five in 1985.

On June 15, 2013, Joe Corley was presented the Joe Lewis Eternal Warrior Award by the Joe Lewis Fighting System, an honor bestowed on the martial arts athletes who had distinguished themselves in the ring of point karate and/or kickboxing.

On June 16, 2016, Master Corley was promoted to the rank of 10th Degree Black Belt, Grand Master, by the Professional Karate Commission (PKC). The certificate was presented by Grand Master Glenn Keeney, president of the PKC, along with Grand Master Allen Steen, and was also approved by Grand Masters pat Johnson and J. Pat Burleson.

In August 2017 Grand Master Corley was featured on the cover of Who’s Who in the Martial Arts Legends Edition along with Grand Masters Bill “Superfoot” Wallace, Jeff Smith, and Bill Clark. It was prominently featured in Lifetime Achievement section.

In early 2018, Corley was seeking financing for the new era of PKA Kickboxing and organizing broadcasts for these events. In April 2018, Combat Go, a new 24/7 Martial Arts channel announced a partnership with PKA Kickboxing to provide programming for its new channel.

He serves as Master Instructor at Atlanta Extreme Warrior, founded in 2010, which includes Joe Corley Karate in its curriculum. (source Wikipedia).

Special Note: In 2007 Joe Corley was inducted into the OFFICIAL TAEKWONDO HALL OF FAME®