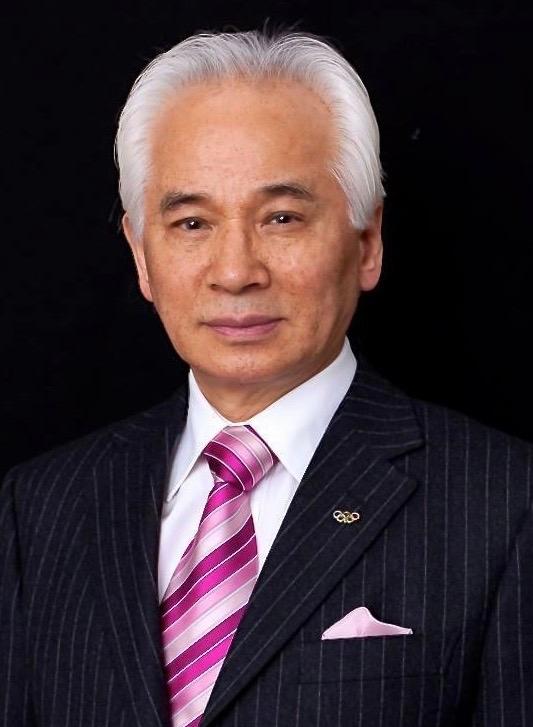 GM Eui Min Ko is one of the greatest coaches in the history of Taekwondo. In 3011 he was inducted into the OFFICIAL TAEKWONDO HALL OF FAME® in an historic ceremony held in Kukkiwon World Taekwondo Headquarters.

1958
Master Ko Eui-Min was born in 1942 in Asan City, 90 km from the Korean capital, Seoul. Korea was still under Japanese occupation. Colonial rule ended with Japan’s surrender in 1945. Master Ko was a talented athlete even in elementary school. He was on the school team in the disciplines of athletics and apparatus gymnastics.

Practicing Taekwondo was forbidden under Japanese rule. Master Ko starts Taekwondo training at the age of 15. At that time the beginner was felt to be very young, especially since Taekwondo was not considered a sport in the mid-1950s, but rather a hard training in combat. He trained twice a day: in the morning before school started from 6.30 a.m. to 7.30 a.m. and in the evening from 7 p.m. to 8 p.m.

After almost two years of hard training, he passed the 1st Dan exam. At this point it was already clear to him that he would devote his life to Taekwondo.

1961
After graduating from Chung-Dong High School, Master Ko began studying sports science at the renowned Kyung-Hee University in Seoul. In 1965 he completed his diploma studies.

1966
He started his coaching career after a sports festival in Asan. He had met a group of US soldiers by chance in a restaurant. Master Ko challenged the strongest of them to compete with him in arm wrestling. Impressed by his victory, the soldiers wanted to know which sport he was practicing.

The US soldiers had absolutely no idea of ​​Taekwondo. However, they asked to teach Taekwondo to their military unit

1968
He handed over his dojang in Asan to his first Korean master student Cho Yang-Il and also left him with the further training of the US soldiers and opened his second Taekwondo school in Seoul, in the Shin-Chon district

The name of this school was “Mooduk-Kwan Shin-Chon Dojang”. It was a very simply furnished training room in the basement of a commercial building. At that time there was no parent national Taekwondo Association. The Taekwondo masters belonged to nine different clans, the so-called Kwans. Master Ko was a member of the Mooduk-Kwan.

1969
At first, the athletes practiced there on the bare concrete floor. The training area was barely 8×10 m. Nevertheless, up to 40 fighters trained in this room at the same time. This tightness was one of the main reasons why the athletes of the Mooduk-Kwan Shin-Chon Dojang were so successful in competitions: In training battles there was almost no way to evade. The only alternative was to attack or counter. Up to this point there was no Taekwondo trainer, except for Master Ko, who had completed a degree in sports science and used this know-how to systematically train athletes for competitions

1970
Master Ko was a sports teacher and at the same time head trainer of the Taekwondo team at the Sun-In University.

1971
Master Ko took over the position of head coach at Kwang-Sung University. The best fighters followed him to this school in order to be able to continue training under his direction. Among other things, the later double world champion Yu Young-Hap.

In May 1971, Master Ko married professional volleyball player Kim Seok-Soon. She was on the First Bank of Korea team

At the young age of 29, he was already known as a successful trainer and was appointed coach of the Seoul Youth Taekwondo Team at the Korean National Sports Games and won first place.

1973
The following year, Master Ko, this time with the senior team of the Seoul Taekwondo Team, again won first place at the Korean National Sports Games

1974
Master Ko was the head coach of the Korean national team on the very first tour of Asia.

In the same year he won all 8 possible gold medals with this team at the 1st Asian Championship. Six of these eight fighters were his own students.

Master Ko made the very first European tour with a Korean national team. In Germany, the comparison match with the German national team took place in the sold-out Grugahalle in Essen

In the same year there was no doubt that Master Ko would be chosen as the national coach of the Korean team at the 2nd World Cup in Seoul, Korea and he confirmed his position with victories of all eight fighters. Four of them were his own students. Hwang Yong-Soo, Son Tae-Hwan, Yu Young-Hap, Choi Jeong-Do.
1976

1976/77 three-month training stay in Germany. This was organized by Günter Schramm, who later founded the KWON company.