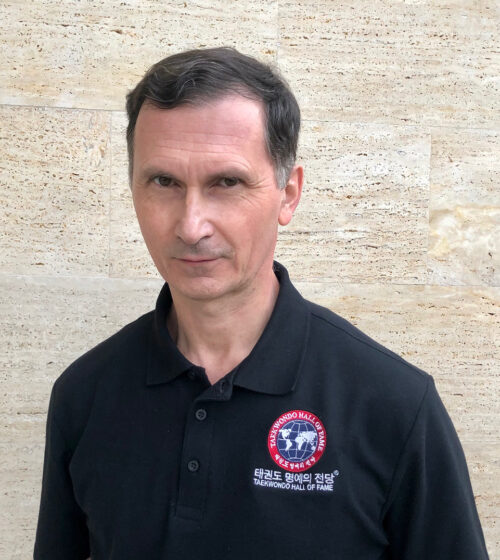 Professor Dragan Primorac, M.D., Ph.D., is a pediatrician, forensic expert, and geneticist. Professor Primorac is the first recipient of the title “Global Penn State University Ambassador”. He is a professor at Eberly College of Science, The Pennsylvania State University and Henry C. Lee College of Criminal Justice and Forensic Sciences, University of New Haven, in the United States and a professor at Medical Schools in Split, Rijeka, and Osijek as well as at REGIOMED Medical School, in Germany. In October of 2016. he was appointed a visiting professor at the College of Medicine and Forensics, Xi’an Jiaotong University, People’s Republic of China, while in 2021. National Forensic Science University, an institution of national importance for India, awarded him the highest academic position: Professor Emeritus.

Prof. Primorac was a Taekwondo vice-champion of ex-Yugoslavia (juniors). In 1987., he founded the first WTF Taekwondo club in Southern Croatia, and up to date, more than 8.000 members passed through the club. The President of the European Taekwondo Federation Sakis Pragalos in 2019 awarded him the honorary 7th Day black belt of the World Taekwondo Europe organization. For his contribution to the development of sports, in 2004, he was awarded the Silver Plaque of the European Olympic Committee. In 2015. he was inducted into the Taekwondo Hall of Fame, the category “Pioneer Taekwondo Instructor.”  In 2019, he was appointed the President of the Medical Committee of the Croatian Football Federation, while in 2020, he was elected a member of the Council of the Croatian Olympic Committee.

Professor Primorac authored two hundred and fifty scientific papers and abstracts as well as 20 book chapters. Prof. Primorac has been invited to give lectures at 120 conferences all around the World. His work was published in most cited journals, including Science and Nature. So far, his papers have been cited almost 6000 times (Google Scholar), while the h-index is 33. He was mentoring 12 Ph.D. students and two students during their master’s degree process.

In the early ’90s, together with colleagues from the USA, he was pioneering DNA identification of skeletal human remains found in mass graves. Currently, he is initiating the application of the personalized medicine paradigm in clinical practice.  His interests are in forensic and clinical genetics, personalized medicine (pharmacogenomics, mesenchymal stem cell treatment, etc.), metabolic bone and cartilage disorders, sports medicine, regenerative medicine, population genetics, etc. He led many scientific projects, including the EU FP7 projects, S3 projects (EU Smart specialization platform projects), IRI 2 projects (The EU Framework Programme for Research and Innovation), etc.

In 1997. Prof. Primorac co-founded The International Society of Applied Biological Sciences. More than 5,600 scientists and 650 invited speakers from over 70 countries participated in ISABS conferences, which are held every two years in Croatia. He is also the founder of the “Nobel Spirit” session held during the ISABS conferences when Nobel prize laureates stimulate public discussion on science’s role in solving global health issues, acute regional problems such as brain drain, demographic decline, as well as cultural and social change.

Prof. Primorac currently serves as the Executive Committee member of the International Consortium for Personalized Medicine (IC PerMEd) established by The European Commission. Besides, he is the President of The State competitiveness cluster in personalized medicine, The Croatian Society for Human Genetics, The Croatian Society for (Precision) Personalized medicine, and The Croatian Thematic Innovative Council for Health and Life Quality. Currently, he serves as the member of the Croatian Prime minister’s Scientific committee established to fight COVID-19.

In 2011. he established St Catherine Specialty Hospital, the European center of excellence. Currently, St Catherine Specialty Hospital is an official hospital of the Croatian Olympic Committee, Croatian Football Federation and Croatian Taekwondo Federation, and the teaching hospital of four medical schools. Since its establishment, Prof. Primorac serves as Chairman of the hospital’s Board of Trustees. In 2009. he co-founded the Department of Forensic Sciences at the University of Split, Croatia, while in 2015. he was instrumental in establishing Regiomed Medical School in Bavaria, Germany.

Prof. Primorac received 21 domestic and international awards. Among those, in 2015. Prof. Primorac received state decoration “The Order of Croatian Star with the Effigy of Ruđer Bošković “for his science’s extraordinary achievements. In 2018, he was decorated with the state decoration “The Order of Ante Starčević” for his extraordinary achievements in science, education, politics, and his contributions to the Republic of Croatia’s development. In 2019. American Academy of Forensic Sciences awarded him with Mary E. Cowan Outstanding Service Award for excellence, international recognition, and vast contribution to forensic science development in the World. He is currently an honorary citizen of five cities in and outside of Croatia.

From 2003 to 2009, he served as Minister of Science, Education, and Sports of The Republic of Croatia. According to the International Republican Institute survey of October 1, 2007, he was rated as the most successful minister in the Croatian Government with a 31% approval rate. The award for numerous efforts made by minister Primorac and his team on the Croatian educational system was the Newsweek survey (August 16, 2010), which rated the Croatian education system 22nd in the World, ahead of 12 countries from the G20 group.