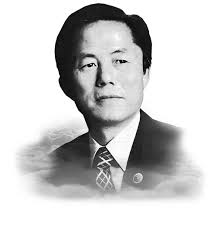 Choi combined elements of Taekkyeon and Karate to develop a martial art that he called “Taekwon-Do” (???; ???), which means “foot, fist, art” or “the way of hand and foot” and it was so named on 11 April 1955 Choi founded the Oh Do Kwan, and held an honorary 4th dan ranking in the Chung Do Kwan. Due to accusations of dishonesty, Choi was stripped of his rank and position in the Chung Do Kwan. During the 1960s, Choi and Nam Tae Hi led the original masters of taekwondo in promoting their martial art around the world, though these would be only the first of many such endeavors. ITF taekwondo organizations credit Choi with starting the spread of taekwondo internationally by stationing Korean taekwondo instructors around the world, and have consistently claimed that ITF-style taekwondo is the only authentic style of taekwondo, most notably in early sections of its textbooks. He was also the author of the first English taekwondo syllabus book, Taekwon-Do, published by Daeha Publication Company in 1965. In 1972, Choi went into exile in Canada after the South Korean government objected to his introduction of the sport into North Korea, and the South Korea government formed the WTF in 1973. He moved again in 1979 to North Korea where he was welcomed by the government and supported in his project of spreading Taekwondo to the world.He was remembered as the founder and champion of taekwondo.