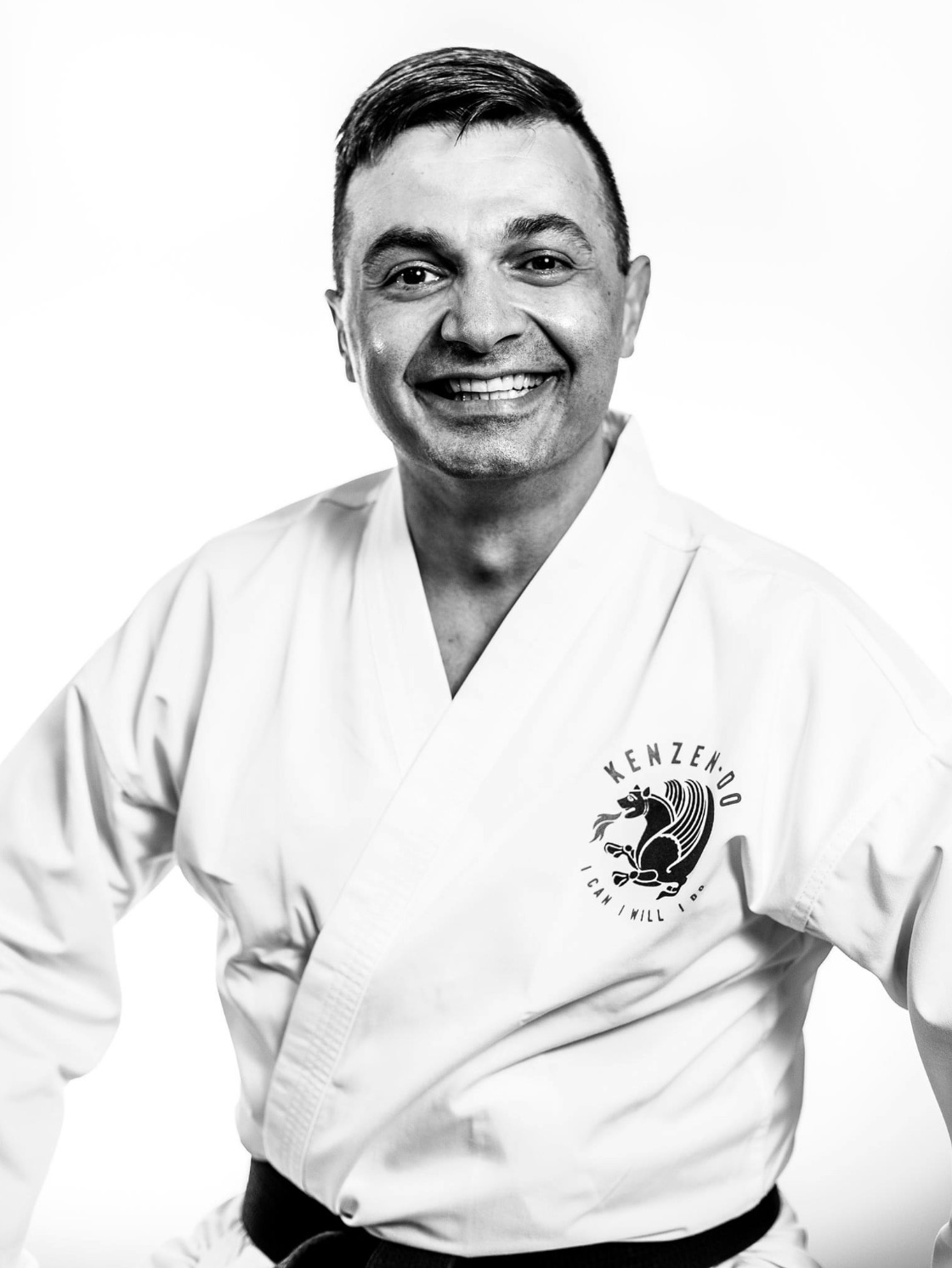 Ricky Feizbakhsh is a student of the great Ki Whang Kim and is considered Ki Whang Kim’s last champion. At the age of 15 he started competing in the Black Belt Men’s Adult Division and won 2 Grand Championships competitions in his first year in Free Sparring. One of Ricky’s unique distinctions is that he not only competed and won in Free Sparring he also won the Forms Grand Championships as well. In one particular year, in the late 90’s, Ricky competed in 23 tournaments. Out of a possible 46 Grand Championships trophies he went on to win 44. Throughout his martial arts career, Ricky has won over 150 martial arts tournaments. Ricky currently now runs and owns his own Tae Kwon Do school, KenZen-Do Karate & Foxhall Wellness in Chevy Chase, Maryland.