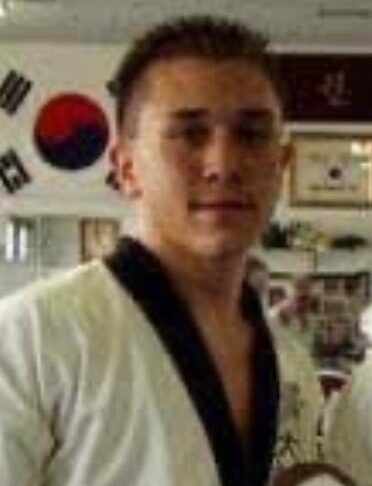 Jack Tyler Hwang the son of the legendary Grandmaster Jack Hwang at age 3 was the youngest person in the U.S.A. to receive a blackbelt. In addition to winning his father’s tournament “Jack Hwang’s All American Open” several times as well as numerous tournaments in Florida and Texas,. He was also a member of a USA team that won international matches against Mexico four years in a row. In addition to being taught by his famous father he learned the use of weapons from his uncle the legendary Tadashi Yamashita. He states that after blowing his chance to qualify for the Olympics he chose to remain out of sight and anonymous. He also states that at this time he is only concerned with everyone knowing about his father’s history. In that regard he has shared numerous never before published photos of his father belong. In 2022 he is being invited to attend the OFFICIAL TAEKWONDO HALL OF FAME® ceremony to receive honors on his late father’s behalf. He shares below several never before published photos of Grandmaster Jack Hwang and his uncle Tadashi Yamashita