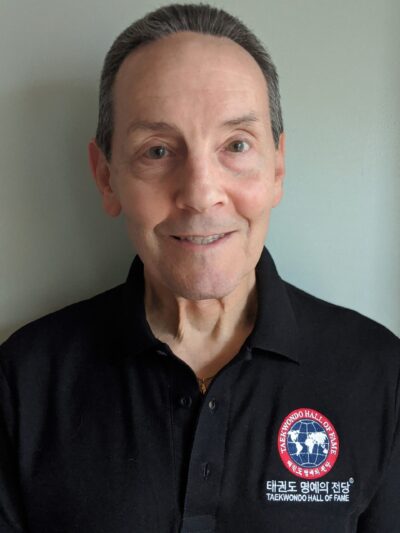 Grandmaster Neil Ehrich is one of the numerous champions from the legendary Kim Studio which reigned supreme in traditional point system tournaments in the Eastern United States particularly during the 60’s through early 70’s.. While Mitchell Bobrow, Albert Cheeks, Michael Warren, George Thanos and Bernard Floyd were winning constantly in civilian competition, Ehrlich while serving in the military racked up an impressive list of wins while stationed at O-San Air Force base in South Korea. Among those wins were a bronze medal at the 3rd Foreigners Taekwondo Championships in 1970, a silver medal at the 4th Open Tang Soo Do Championships that same year , 2nd place at the 1971 Yongsan Taekwondo Championships and gold at the 1969 Seoul Foreigners Cup.One of his most memorable free sparring matches while serving in Korea was against Roy Kurban who later became one of the top competitors in the United States. Upon returning to the States himself Ehrlich also continued his winning ways in various major form and free sparring events. With an earlier background in Chinese soft style martial arts Ehrlich trained his two sons Max and Jake who became champions in their own right. Max in particular won numerous major events as a youth and adult in both in soft style weapons and hard style forms. Click both names above to see Max and Jake in action..

HISTORY OF MY MARTIAL ARTS INSTRUCTORS

I started in the Martial Arts at the age of twelve. Although my family moved several times and often, I was unable to study with an instructor. I always practiced and tried to retain the skills I learned.

Below are listed the styles and the instructors who have influenced me the most in my Martial Arts training. The year I began my training is also listed, however the length of time studying/training with these men varies from several hours to decades.

Once I earned my Black Belt in Tang Soo Do, I made a point of studying a variety of Martial Arts. Although all of these arts have strong points, they also have weaknesses. The most outstanding weaknesses were the way these systems were taught.