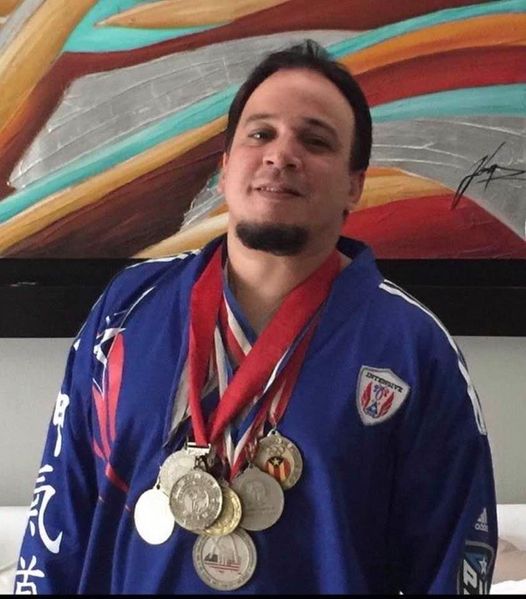 (While the person posted here is not a member of the Official Taekwondo Hall of Fame and cannot claim to be, his support of this organization combined with a level of achievement has made him worthy of mention.)

Martinez born in March 22, 1976 in   Bronx N.Y. Puerto Rican parents. My parents moved to Puerto Rico. R. and I growing up in Vega Alta Puerto Rico.

In 1983 started taking Taekwondo classes at the age of 7 years old, participating in developed tournament in the children, cadets and junior category division in the International Taekwondo Federation (ITF) under Master Benny Rivera direction.

1993 in “Fly” weight division, he represented Puerto Rico in international and open championships.

1994 in “bantam” weight, he represented Puerto Rico in international and open events. Also, He was National referee.

Martinez has a bachelor degree in Psychology.