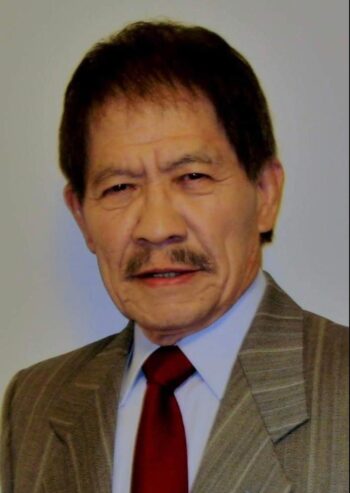 *Served as the 5th Chairman of Colorado Korean Association

*Honorary Member of Korean Film Actors Association (as an U.S. citizenship
holder)
*Appeared as starring actor in many Korean films during the 1970s (credited in 19
movies)

*Appeared in three American movies as the leading actor and many other films as
special performer.

*Appeared as starring actor in The Indonesian movie ”Dangora Kitam” and
produced two American movies.
*Starred in the movie “The Deadly Kick”; with a famed [Hong Kong] actor Lieh Lo
“Five Fingers of Death”, which was the first Korean film to be screened in USA
theatrical release in 1980s. It was the first Korean movie to be imported into
the United States. The cities screened in the USA were Denver regional theaters,
Colorado Springs, Pueblo, San Antonio, El Paso, Corpus Christ, Texas; and
Oklahoma state cities, etc. From this moment on, ‘Korean Wave’ has started, and
the Deadly Kick was already popular and demanded movie in Southeast Asia and
Europe.

*Appointed as an Honorary Lieutenant of Denver Police Department

*The Recipient of Honorary citizen of Wichita Fall City, Texas (10/23/1993) and
Albuquerque City, New Mexico 10/4/1969)
*Received Commendation from Honorable Minister of Foreign Affairs of the
Republic of Korea (12/1994)

*US Congressional Record, Tribute to Bobby Kim ( WK Kim) , Recognized for the
first time as a Taekwondo instructor from Korea and received a Lifetime of
Achievement Award with U.S. military and on the big screen contribution and for
teaching the ways of Taekwondo to cadets at the U.S. Air Force Academy from
1969 to 1979 by House of Representatives Washington DC: HON. Mike Coffman
of Colorado In the House of Representatives (7/17/2013)
& Came to USA in January 1969, since then he became a teacher, film actor,
filmmaker, and inventor: founder of American Package Design, Inc. and American
Pictures, Inc. Operated 27 Taekwondo schools throughout USA in the 1970s, and
taught thousands from all walks of life as well as Served as a role model and a
community leader throughout his life. His unique service to America is a testament to
the American dreams – HON. Mike Coffman of Colorado In the House of Representatives

*2021, U.S. President’s Lifetime Achievement Award, with grateful recognition
the AmeriCorps and the office of the President of the United States Honors
Bobby Kim, with the recommendation of the Colorado Korean Athletic
(Sports) Association by President Master Lee Han Won with Board of
Member