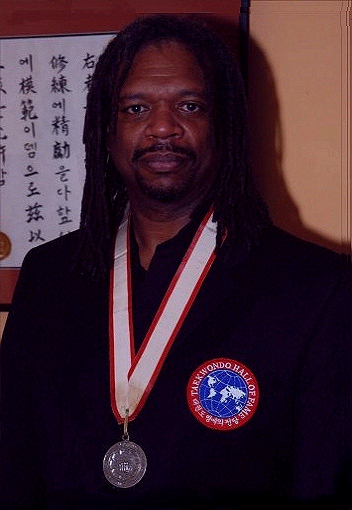 GM Albert Cheeks, (Rainey Cheeks) one of the greatest Taekwondo players in U.S. history won numerous traditional Taekwondo championships during the 70’s including Mahn Suh Park’s Tae Kyun Open in Philadelphia, PA. and Henry Cho’s All American OPen held in Madison Square Garden in New York. During the time he won Henry Cho’s All American Open it was the most prestigious tournament in North America. In 1973 he won an individual bronze medal as a member of the USA team at the First World Taekwondo CHampionships held in Seoul, Korea. In 2007 he was inducted into the OFFICIAL TAEKWONDO HALL OF FAME®