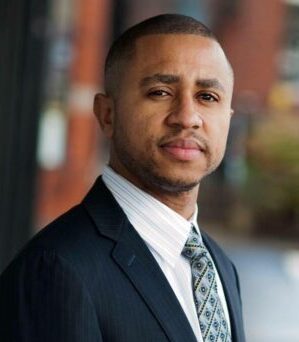 Frenel Ostin, born and raised in a bit of town named Mòn Toro (Roche-A-Bateau) in the south side of Haiti. He immigrated to the U.S. on May 17, 1994, leaving behind the overheated political realm in Haiti. His dad’s decision to come to the United States was a blessing for all in the family. Here in the U.S., Mr. Ostin got the opportunity to learn, educate, and continue to maximize his full potential as a learner. He graduated from Portland State University with a Talent Management & Human Resource degree. He has also graduated from George Fox University from the Master of Business Administration program.

While pursuing his undergrad at Portland State University, he managed a very successful Taekwondo Dojang (school). For his philanthropy works, he volunteers as President and Co-Founder of the Association of Portland Haitian-American for Services and Education (APHASE) and One Taekwondo Foundation Charitable Trust (OTFCT). APHASE is a 501(c)3 non-profit organization whose mission is to promote and celebrate the richness of the Haitian culture, to contribute to the socio-economic integration of Haitian-American living in Oregon and the neighboring states, and to support any initiative or cause focusing on helping the less fortunate. OTFCT’s mission is to foster National and International sports competitions and youth education.

March 12, 2020 was a historical moment for Mr. Ostin presidency. The first time a Taekwondo athlete qualified in the ring to represent Haiti at the 2020 Olympic Games to be held in Tokyo. In December 2020, Mr. Ostin received his 6th Dan Black Belt from the Kukkiwon.

Mr. Ostin started his taekwondo journey back in Haiti in the late 80s. As of the present day, Mr. Ostin continued to work in taekwondo and own few taekwondo schools in Portland, Oregon, and Haiti. He is a Certified International Taekwondo Referee for the World Taekwondo.