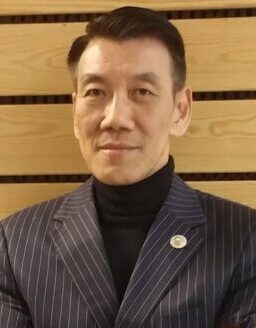 GM Yeo Chin-Huat, born 1953 began his martial arts journey by practicing judo. In 1966 he began training taekwondo in Singapore when he was still a teenager. Taekwon-do was introduced to Singapore sometime in the early 60´s when Gen. Choi was an ambassador to Korea in Malaysia.

Yeo was training under a Singapore pioneer instructor in YMCA and for a short period he was also training with some guest instructors, like GM Han Cha Kyo and GM Kim Bok Man, the Korean original Taekwon-do pioneer.

He arrived in Sweden in 1977 as a guest instructor to GM Leong W.M. and later he took over his two clubs and continued to develop Taekwon-do in Sweden. He has been very active and TaeKwon-Do has been the main force in his life, since then he Participated almost in every ITF world Championships and European Championships as an Umpire/Jury. He also organized a few important seminars, for Gen. Choi in Sweden 1994 October with over more then hundreds of participants, For the Grand Master Rhee Ki Ha in Sweden as well.

Grand Master Yeo emphasizes not only a strict self-imposed discipline along with the spirit of cooperation and mutual respect. The study of TaeKwon-Do proceeded in two parts; spiritual discipline and technical perfection.