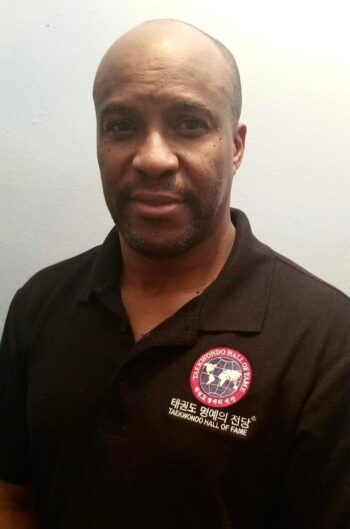 With more than 40 years of experience GM George Somersall a student of U.S. pioneer Taekwondo instructor GM Hyun Ok Shin is a 7th dan in Hapkido, 8th dan Jidokwan as well as an 8th dan awarded by ITF GERMANY. As the Chief Instructor at the New Age Taekwondo School housed in the Bronx YMCA in New York he has instilled discipline and a sense of self esteem in the countless youths he has instructed over numerous years. He has demonstrated his extraordinary skills on Television, and on various occasions called upon to to participate in joint demonstrations along other Grandmasters and masters in various parts of the U.S.A. In 2011 he was inducted into the Official Taekwondo Hall of Fame for having introduced Taekwondo to Montserrat a British Territory in the early 80’s. He currently serves as a National Director of the OFFICIAL TAEKWONDO HALL OF FAME® representing the U.S. East Coast Region.