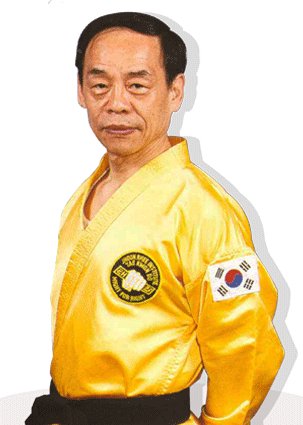 MAY 14, 2018 – On April 30th 2018, the Tae Kwon Do world lost a true legend with the passing GM Jhoon Rhee who introduced Tae Kwon Do to the United States in the early 60’s. In addition to creating protective equipment which revolutionized competition, he taught numerous US Congressmen. He also exchanged techniques with Bruce Lee of ENTER THE DRAGON fame who eventually along with Chuck Norris became one of his closest friends. After Jhoon Rhee moved from Texas to Washington DC Allen Steen went on to create a dynasty under his instructor’s guidance that extended from Texas throughout the Southwest during 60’s. Almost all practitioners of Tae kwon do in the Southwest are the descendants of GM Steen and by lineage GM Jhoon Rhee. In that sense GM Jhoon Rhee might also be considered to be the “Grandfather of American Taekwondo”. In 1964, GM Steen founded the Southwest Karate Black Belt Association, which in 1972 became the American Karate Black Belt Association. A tournament promoter as well as a competitor in the days of “blood & guts” tournaments where broken bones were common place GM Steen stood toe to toe amongst the best including his best friend Chuck Norris and the late Joe Lewis. In 1966 he won the Long Beach International Karate Championships. In 2007 GM Steen received the highest honor in Taekwondo when he was inducted into the OFFICIAL TAEKWONDO HALL OF FAME® With the passing of the legendary GM Jhoon Rhee, GM Allen Steen becomes the most senior black belt in the Jhoon Rhee Tae Kwon Do system.