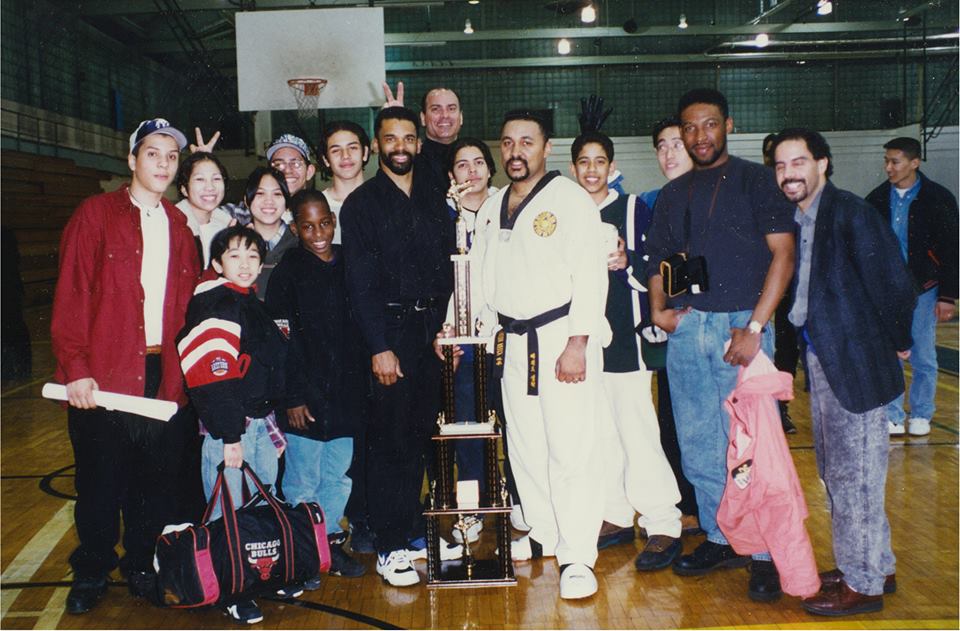 GM Keith Kelly started training Taekwondo at the South Second Street Youth Center Taekwondo Program under Ki Chung Kim blackbelt Yusuf Bilal (aka Joe Tucker) in June of 1975. He earned his black belt in 1980 and continued to refine his skills under renowned Taekwondo master technicianTony Alvarez and Grand Master Ki Chung Kim himself. He competed from 1979 to 1995. He was part of Ki Chung Kim’s “triumvirate.” He, Mark Williams and Herb Perez competed successfully to win many sparring championships and grand championships. He lists winning S.Henry Cho’s All American Open and AAU National Championships as part of his greatest victories in the ring. Master Kelly has earned a 7th Degree Black Belt under the World Taekwondo Federation. He is also the author of a Taekwondo based children’s book series; “Peace Comes to Ajani” that has had international acclaim. If you are interested in his books or more information about Master Kelly please email him at “thundermartialartsstudio@yahoo.com”