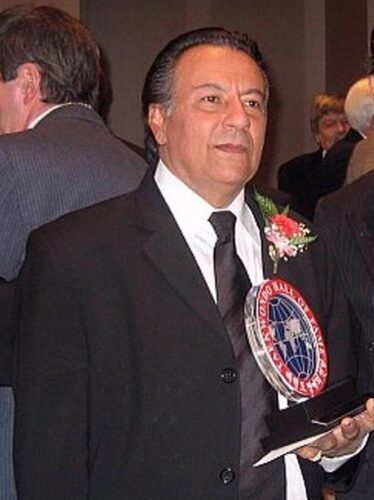 The late great GM Benny Rivera began his training under GM Yong Il Kong (one of the pioneers of original Taekwon-Do) in 1969. He is credited with having introduced Taekwon-Do to Puerto Rico and is hence considered the Father of Taekwon-Do in Puerto Rico. In addition to introducing Taekwon-do to Puerto Rico he popularized Taekwon-do throughout the Caribbean region. General Choi Hong Hi awarded him with “Best Instructor Award” and on April 6, 2007 he was inducted into the OFFICIAL TAEKWONDO HALL OF FAME® alongside his instructor GM Young IL Kong and numerous other persons who were the original pioneers of Taekwon-do specifically Grand Masters Nam Tae Hi, Kim Bok Man, C.K. Choi, Rhee Ki Ha, Cho Sang Min, Jhoon Rhee and others.

Due to his efforts he was elected as President of the Pan American Taekwon-Do Council (PTC)),and in 2008 appointed to the position of TECHNICAL ADVISOR of the OFFICIAL TAEKWONDO HALL OF FAME® representing PUERTO RICO. In 2009 in that capacity he recommended several persons from that Island nation to receive honors at the official ceremony held in 2009. Those persons were Christian Cullivier, Yahira Fabila Maldonado, Fiorella Lipezker, Ottyneb Rivera (his son) and Saul Garcia Vice President of Puerto Rico ITF Federacion Nacional de Taekwon-Do.

GM Benny Rivera was a champion himself. In 1978 he won the gold medal at the ITF World Championships held in Oklahoma City, Oklahoma. Although he left us all too soon, his legacy as a leader, champion, father and husband will live on.