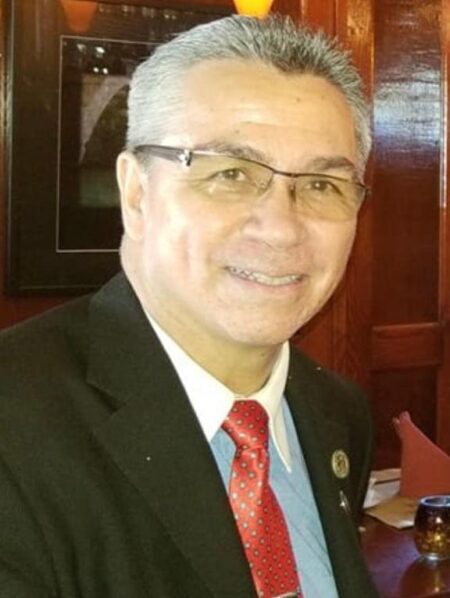 The Taekwondo Grand Master Porfirio Alvarez, began his training and learning martial arts 48 years ago in his hometown of Medellin, Colombia..

At the end of the year 1988, he decides to travel to the USA and from that date he has always been based in Brentwood, New York. It is here in this great country, where he finds the opportunity to explore new horizons and to perfect his art, which for 32 uninterrupted years, has shared with thousands of his students in that great city.

All those years of traveling over the world and learning of Taekwondo, have given Grand Master Porfirio Alvarez an extensive amassing of experiences and knowledge; which as a result of his dedication, discipline and perseverance, makes him be highly appreciated and respected internationally.

After training for 5 hard years and experiencing countless sacrifices to make himself known in New York City, he decided to open his own Taekwondo studio and now with more than 30 years of being established, his highly recognized school WORLD TAEKWONDO ACADEMY located in the city of Brentwood NY, is the place where thousands of people have benefited in one way or another from his knowledge and leadership.

At his Taekwondo school in New York, he has graduated more than 250 students with the degree of Black belt; all recognized by the Kukkiwon, (headquarters in South Korea).

Grand Master Alvarez has received innumerable recognitions around the world, from which, the following stand out:

In the year 2015, he was invited to the UN (United Nations).
On May 18, 2012, the Colombian Consulate in New York made him a tribute in recognition of his work and the worthy representation of his country.
On countless occasions, several policy-makers and political leaders from different municipalities in the New York area have commended his work, which has helped the development and well-being of the community.
In the year 2004, he was exalted to the American Martial Arts Hall of Fame.
n the year 2013, he received the highest honor to which one can aspire (to be induced to the Official Taekwondo Hall of Fame) where he serves as the Central and South America Director.

Taking into account that the diversity of his students is very broad; since they come from different nationalities, he has received recognitions and praises from consulates of different countries.

He continually travels the world accumulating knowledge and experience in Taekwondo and does not hesitate to say, that all that he currently is s due to Taekwondo. He also feels blessed and very proud to be Colombian.

In summary these have been some of the reviews of the Taekwondo Grand Master Porfirio Alvarez, who is also: